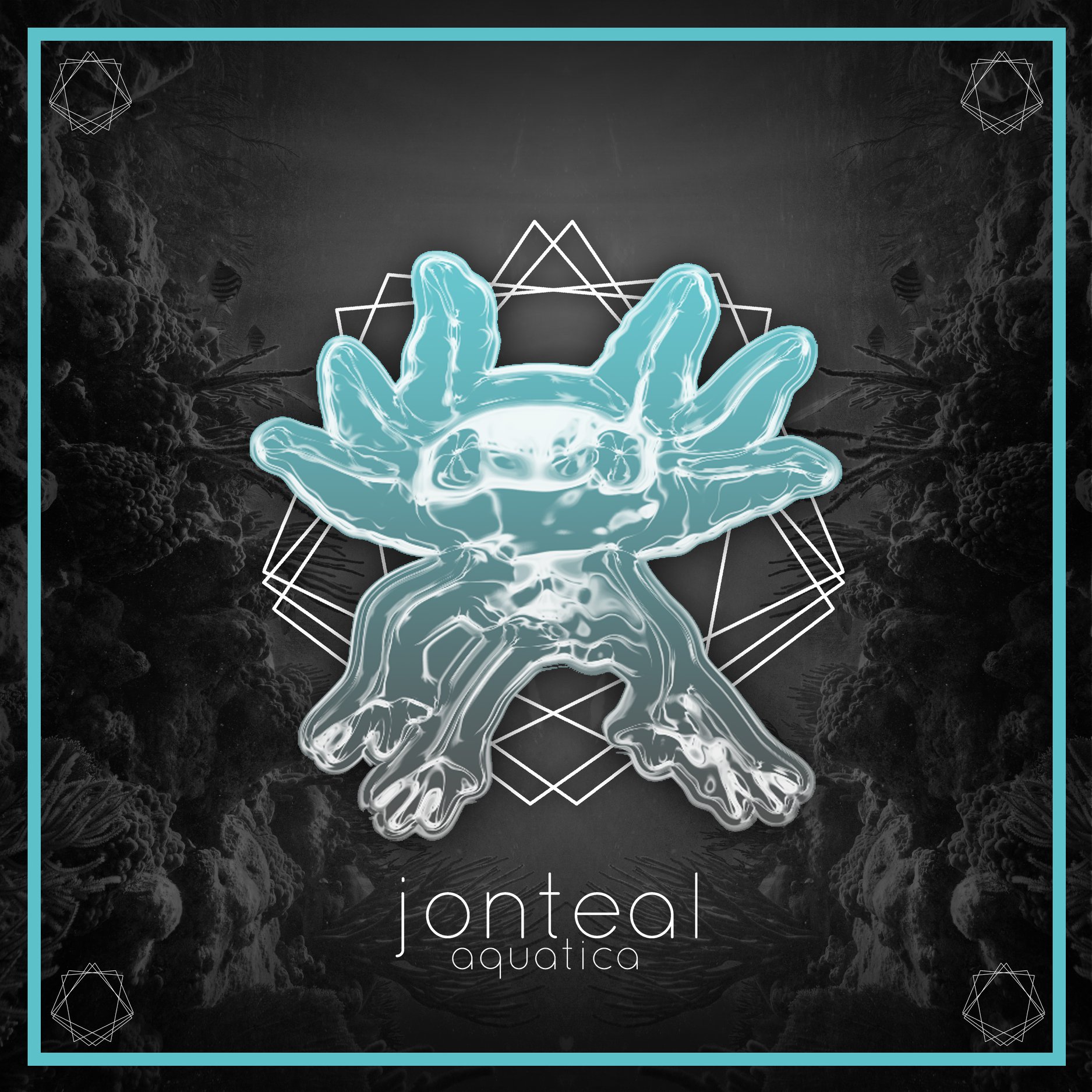 This week the airwaves have been dominated by newly reincarnated artist jonteal. Formerly known as AttA, Fayetteville native Jon Jackson showcased his new sound with the release of his EP ‘Aquatica’ on May 16th. With remnants of Pretty Lights, CharlesTheFirst and Thriftworks. Listen below

The new EP isn’t the only thing to highlight, jonteal will also be featured in this month’s Last Sunday at George’s Majestic and jonteal has curated a Vibes Creations mix on our SoundCloud page. But first, check out what Jon had to say about his new project and it’s future.

: Hey Jon! Big ups on your debut jonteal ep release ‘Aquatica’. You’ve made some big changes with your music lately with the transition from ‘AttA’ to ‘jonteal’ and a shift in sound to go along with it. What made you take the dive into this new moniker?

jonteal: Thanks! I’ve known for years now that I would eventually move on to a new name, but it was just all about timing and coming up with something that fit my personality and vibe. Last year when I stopped playing saxophone for Fractal Sky I began really putting energy into the transition, and one day jonteal just popped in my head and something clicked.

: How has the transition been so far?

jonteal: I’ve been blown away by the positive reactions I’ve received, and it’s been quite humbling. I’ve tried not to assume that people will follow my projects from one to the next as I try to find my true musical identity, and so I think if I just focus on creating what I feel is powerful art, hopefully it connects with people and through that we can all have meaningful experiences together.

: How would you describe your new vibe? What message are you trying to encompass? Where do you see your vision for this new sound heading?

jonteal: If you came to a show, I would describe the experience as heavy swinging, glitchy vibes with a dash of sampling. The message is always love, for oneself and especially for others. The tunes contain harmonically pleasing sections as well as darker turns, inspired by the inevitable ups and downs in life. I have a lot of plans for what I want to do with jonteal. I intend to create a dual experience, with one side of the coin being what is featured on this new EP, and the other will be softer and more aligned with the sounds heard in lofi hip hop. The saxophone, which has been a big part of my performances in the past, will become a key feature in that dimension of my work. I plan on keeping the funk going in my heavier stuff sometimes and on those occasions, it’s also fair to expect more saxophone! 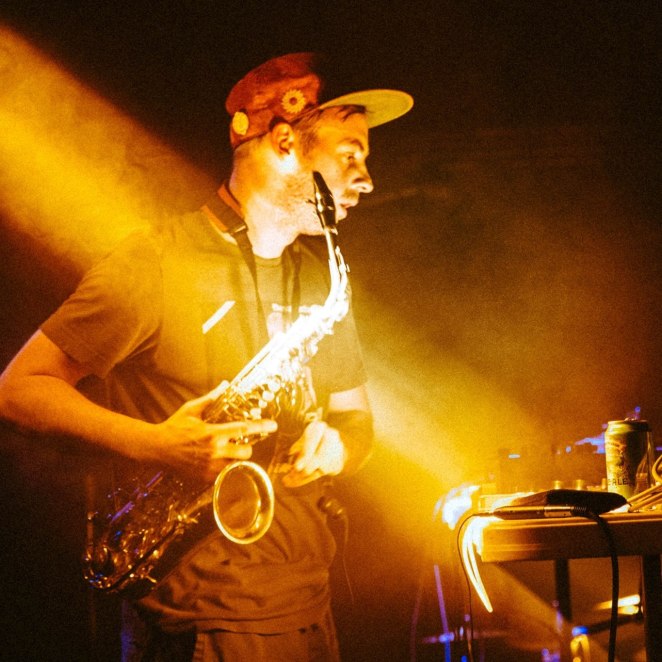 : Your new ep has a prominent underwater theme – what made you choose this and can we expect future ep’s with similar or different theme’s?

jonteal: The theme for Aquatica came as a result of my being infatuated with the hardiness and general size of the creatures that inspired the song titles. Tardigrades and axolotls, much like humans in many ways, are immensely strong and endurant animals. Also, in relation to our environment, just like the title creatures of this EP, we are very small. The Universe created all of us and it will one day transform the energy we get to all individually have for a small period of time back into itself. It’s a beautifully terrifying thought and it really resonated with me when creating this release. Fun fact: tardigrades can literally survive being shot into space!

As far as future releases go, I haven’t really nailed this down as a concept I will continue. I know that in my music I want to move more into more organic influences to accent against the electronic aspects, and so I think it’s reasonable to assume more natural themes will be making their way into future music.

: How long have you been producing and what influenced you into producing electronic music?

jonteal: I’ve been producing electronic music for about 8 years now, and playing music since I was about 6. I was first bitten by the electronic bug in 2011 at Wakarusa when I saw a lot of this type of music for the first time. I first saw Big Gigantic that year, and experienced the dynamic combination that playing instruments in key with electronic music could offer a musician, and I was literally off to the races the next day. It was sublime to find myself playing on Mulberry Mountain at Backwoods this year on the same ground that inspired the entire journey. Life is crazy.

: Who are some of your most influential artists that have helped shape your new sound?

jonteal: Jade Cicada, Tipper, CharlestheFirst to name a few. Beyond that, I take a huge amount of inspiration from the artists closest to me -> Fractal Sky and Flintwick, for instance, are dear friends who constantly are showing me how to push my own boundaries. 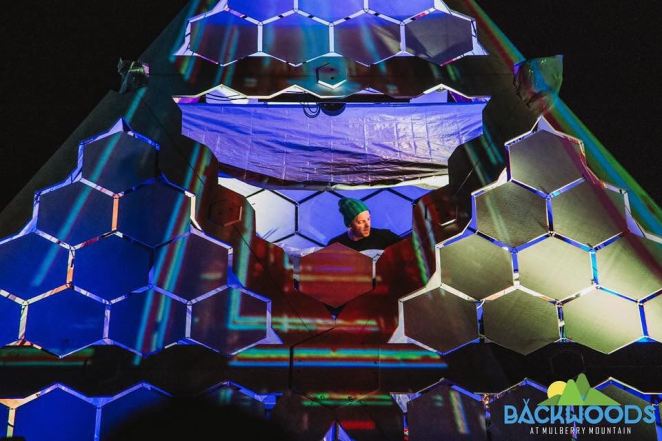 : Where do you see jonteal a year from now?

jonteal: Well, exactly year from now I will be graduating school, so I plan on having more music released, finding a manager, and setting up my first legitimate tour to get me on the road to spread the word!

jonteal: It’s always sort of evolving, but most of the time I will open up ableton, find a synth patch I like, and then I start creating a groove with it. I love hardware synths, but I love the freedom that midi gives me. With midi, if you aren’t familiar, basically I draw in a pattern of a sound that I like so I can set it to loop, and it will just play over and over without me having to keep my hands on any notes. That frees me up to automate different parameters endlessly until I make the pattern I created even more interesting that it was when I drew it in. After that, I might start programming some drum beats to give the initial element more of a groove. Once I feel little pockets of air and spaces in the mix, my mind starts buzzing with other things that can fill those gaps. The true key to creating music like this, for me, is to literally try and get lost in the process. Don’t think too much. Just do. One idea begets another, and before I know it, I’ve made 1000 little decisions in an hour, culminating in a musical piece. The crux of writing any song is the endurance factor, and being able to push through from beginning to end. With enough practice, I’ve found little ways to keep the momentum going, which is absolutely crucial. Tip to staying in flow: Turn your phone off and don’t get on the internet.

: If you could host a dream show and pick any opener, direct support, and headliner, who would you pick?

jonteal: If I’m reading this right, this would be a show I’m in the audience for. In that case, Opener – Esseks, Direct Support – CharlestheFirst, Headliner – Tipper!!! 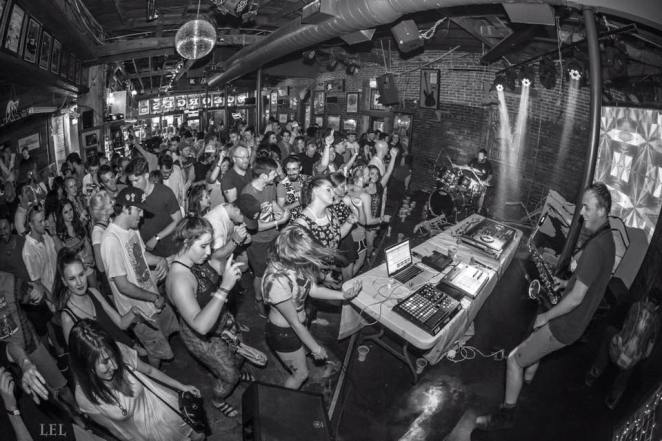 : So you got a new dog! Tell us a little bit about your new addition to the family!

jonteal: I did! She’s a little 4 month old Blue Heeler mix (I think). She’s too cute for me to handle sometimes. I named her Jules, after Jules Verne, who I am aware was a man. I’ve never read his books in entirety, but he wrote adventure novels such as Journey to the Center of the Earth and 20,000 Leagues Under the Sea. I wanted a dog that could teach me how to reconnect with nature and my wild self, and this name fit that so well, I thought.

: Discuss opinion on local music scene and where you would like to see it headed?

jonteal: It’s hard to speak on the scene here as it was around much longer than I have been. I can say it’s evolved a lot over the last couple years, and I think it’s heading in a good direction. I’m sure there were plenty of people making beats in their bedrooms for a while just like I was doing, but it seems like now there are a lot more producers emerging from this area, which makes me so happy!!! The more original music we can have coming out of this area, the better it is for everyone. Shout out to all the producers in this region! Y’all are killing it! Just keep pushing.

You can catch a healthy dose of jonteal’s new flavor on May 27th for Vibes’ Last Sunday at George’s Majestic Lounge. However if your hunger is too strong, we are excited to announce that you can satisfy your jonteal cravings with Vibes Creation Co second ever Vibes Creations mix including all original music! You can find jonteal’s premier mix on the Vibes Creation Co Soundcloud page or below. –