Vibes Creation Co. is ecstatic over June’s edition of Last Sunday– which features a special headlining performance from Austin-based producer Levi Witt, aka DRRTYWULVZ. The Last Sunday experience has never had the pleasure of hosting a national touring artist, making this a most-special edition of the event.  Also on the lineup we have of faces, Kichen and Nemi – with live art from Luna Lux & Evelyn Sosa and live lights from Colorslide.

DRRTYWULVZ’s music features heavy-hitting, downtempo 4/4 drums and melodic elements that are rooted deeply in psytrance; a sound that we have been in love with for several years.  We sat down with Levi (virtually) to pick his brain in hopes of providing context in anticipation of his upcoming performance at the Vibes monthly soiree.

:  How long have you been producing music?

“I’ve been producing since I was 12, about the time when I figured out my parents old PC had an Aux Input that I could plug a guitar into. I think I made my first actual multi-track recording in a free program called “Audacity”. I learned how to professionally record music at 17 when I moved to Austin to attend Audio Engineering school. 12 years later I’m still learning all I can and constantly re-thinking my approach.”

: How long has the ‘DRRTYWULVZ’ project been around?

“DRRTYWULVZ has been around since about 2010. I made my first album in 2012, and played mostly around Austin for a few years while developing my sound. Art Outside (a local TX festival) was the first festival to book me, and I played my first all original set there in 2011. I think things started getting real when I released my album “Animal EP” on Merkaba Music in 2015. I started getting some global recognition and got booked at some awesome festivals including Symbiosis, Enchanted Forest and many others. Since then it’s been going full-steam, with little breaks between where I go into my artist hole and recreate my sound and design.”

: How would you describe the DRRTYWULVZ Sound?

“It’s grown a lot over the years. Initially I was inspired a lot by Amon Tobin, Eskmo and other artists who incorporated the musical side of dance music with the squashy / alien type sound design. Since then I’ve just let DRRTYWULVZ evolve into what ever it wants. With Animal EP I went straight psydub, but with emotional stories being told through melodic structures and various changes throughout each song. In 2016 I released “Ah Yes” my first full length album. It was a huge step forward stylistically and really helped me figure out that I love producing many different styles and that contrast is what keeps me happy. I hardly play any of “Ah Yes” out anymore, as I’ve moved so far ahead of that release in terms of sound design and mixing techniques. I’m currently remixing certain tracks on that album which has been fun, but ultimately moving forward and just growing through releases is the only way to keep up momentum.”

: What tempo are the tracks for ‘Re-Hatched’ written at?

“Re-hatched is almost all at 140bpm, except for the 90bpm tune “Fiddle VIP” at the end. This was the most thought out album I’ve ever done, even though it’s short and sweet. I’ve never focused in on mostly one tempo, and selected tracks that flowed together via tempo and key. I’ve always had a very abstract approach to releases and albums, but as I’ve grown as a DJ I’ve come to appreciate the subtle consistencies that help me perform my album without blinding the crowd with abrupt vibe changes.”

: What tempo range do you like to produce in?

: What inspired you to start producing bass music?

“When I was younger I was in garage bands, playing guitar, drums or even vocals. I wound up discovering I could make all this music without my instruments, and that was very exciting as I had very old instruments that didn’t sound very great. I began playing with basic drum samples and effects and I just became addicted. Soon enough I was digging on programs like limewire to find anything “Electronic” or “Techno”. The clean production kept me inching towards figuring out how to make crystal clear sounding songs, with moving bass and grooving rhythms. While I’ve kept some guitars around, I’ve sold off most of my instruments and invested in software. The first time I played an original set of digitally produced music was during a rain storm at Art Outside Festival. I’ll never forget people dancing to songs I made in my bedroom. The concept blew my mind, and still blows my mind. I don’t see myself stopping anytime soon.” 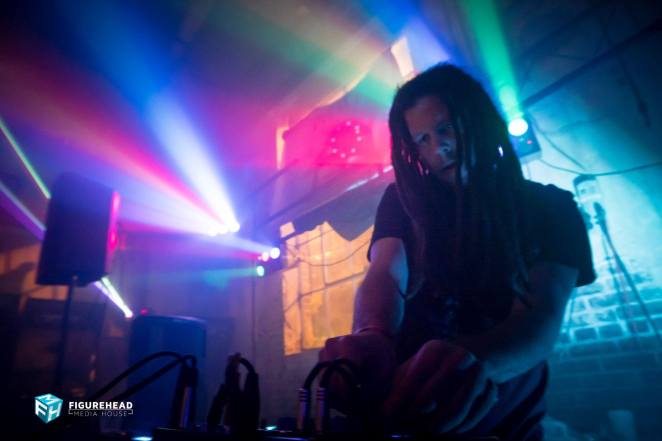 : Where/Who do you currently draw inspiration from?

“This has changed over the years. I use to listen to way more music every day, constantly on top of the new music coming out. A lot of Amon Tobin, Tipper, Aphex Twin, Squarepusher, Dubstep and Glitch Hop. These days I listen to a lot of world music, or non-electronic music, and this keeps the balance pretty musical for me.  Sometimes I’ll just turn on the FM radio and go to the weirdest channel and take a listen. Sometimes avoid listening to music and I find my own song in my head, and then try to re-create it in the studio. I’ve been going on walks through the forest most days, and doing more outdoor activities like building forts, hanging with animals or just people watching in Austin, TX. I’ve recently started learning about and serving Chinese tea (gong fu cha). This has greatly helped me maintain balance and inner peace. Working for yourself and being in an incredibly competitive industry is taxing on the mind, spirit and body. Tea has helped me slow down enough to listen more to myself and others around me, taking inspiration and slowing my tempo down to a place where ideas and dreams can grow and thrive. I’ve been listening to more house / deep house, techno and psytrance lately, which seems to help me keep my momentum up through out each day. This has indeed translated to the types of music I’ve been creating, and I can’t wait to show all of you what I’ve been up to this year.”

: What’s your favorite type of sound system to play on?

“HSD sound systems, particularly through Alethia here in Austin, TX. We’ve had one in our home town and I’ve grown a good relationship with them. Battle Axe subs are not messing around. I also enjoy a good Funktion-One, Kv2 or the occasional Void.”

: Walk us through your live setup for concerts. 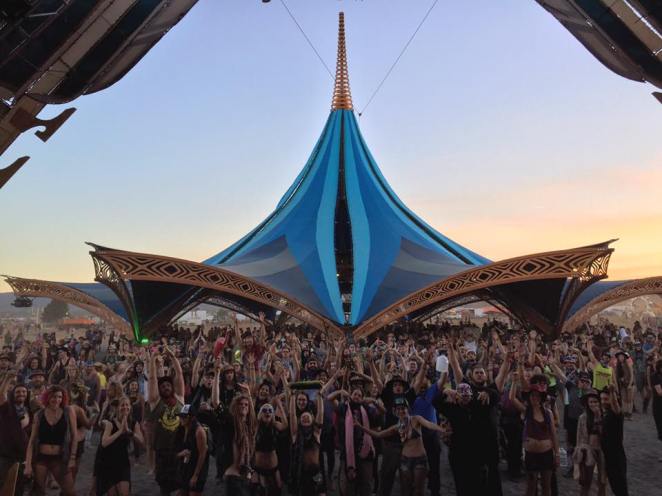 : What music/art events are on your summer’s radar?

“While I’m still diving into bookings for the rest of the year, here is a few I’m looking forward to.

Thanks for your time Levi- we can’t wait to see you. –

Below are our favorite outlets that Levi uses to share DRRTYWULVZ sounds:

Be sure to give his latest release below, a five track EP entitled “Re-Hatched,” a listen.