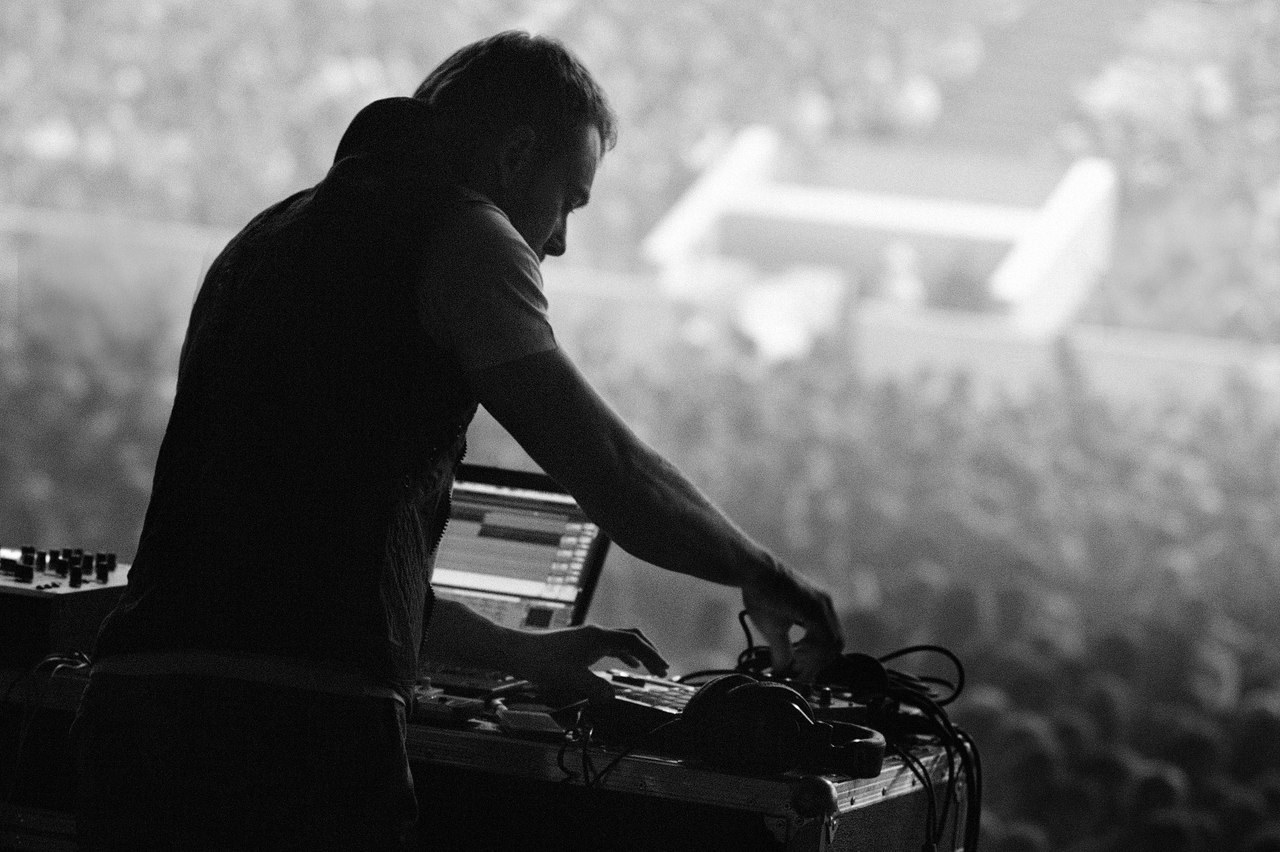 As the end of another month approaches, so too does a fresh edition of our monthly party; this month—special as any in its own light—features a headlining performance from the one, true Slava Mindex. Yet another artist rooted in Austin, Texas, the Mindex sound draws strong parallels to the Austin glitch hop/psybass sound that we’ve all come to adore: deep bass grooves set to 140 bpm alongside intricately weaved, soundscape-melodica. Though Slava has been hard at it as Mindex for many years (releases as far back as 2012) the project is still early in its process of realization in the United States.

Slava moved to Austin from Moscow only two years ago, creating an interesting anomaly. He is an extremely talented producer with years of experience—but upon moving to a new country, new challenges present itself regarding establishing a foundation for a solid reputation. In two short years, however, the Mindex sound has shown massive growth. Last summer served as a huge break, festivals like Sonic Bloom, The Pirate Party, and Tipper & Friends 4321 Gathering offered a solid platform for Mindex to be heard by ears all over the country. Continuing to waste no time in asserting his prominence on the front lines of cutting-edge sound, Mindex comes blazing through 2018.

Fresh off a headlining show at The Black Box in Denver, CO with Hullabalo0, Slava now sets his sights upon Infrasound Music Festival, Lighting of the Moon Festival, and Fayetteville, Arkansas for Vibes Creation Co’s ‘Last Sunday’ in the weeks to come. If you fancy yourself a fan of electronic music in the slightest, you’ll not miss June’s edition of Last Sunday, featuring the anomaly that is Slava Mindex! 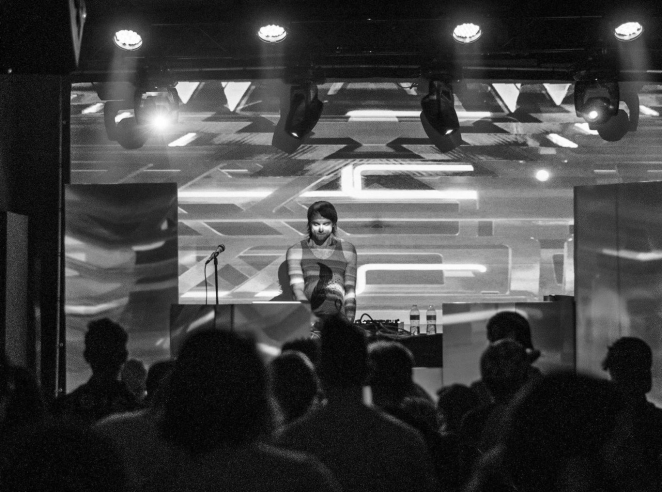 : What inspired you to pursue electronic dance music, as both a consumer and a cultivator?

It was Jungle and D’n’B in the middle of 90s, i heard it for the first time and completely lost my mindex

: What program do you produce in?

I work in Studio One. No one really knows about it in the community of Psy Bass/ Glitch producers, but it’s great and people are missing out, just saying 🙂

I am pretty fluent in Ableton and Cubase, but i would never go back to any other DAW.

: At what point did you realize that making music full-time was something you were committed to?

I was working full-time as a graphic designer/photographer/retoucher and whatnot for major companies in the industry for almost as long as i produce, but music has always been priority number one, so at some point (maybe 5 years ago) i got sick of having limited studio time and spending my life on things that not making anybody feel good really, so i decided to flip my life upside down. It wasn’t easy, but little by little it all worked out. After i quit my last job I was still taking freelance graphic projects for a while, from time to time, which was paying my bills. I still do side jobs, but now it is mastering and teaching sound design which is much more fun.

: What is your favorite tempo to produce at?

: Why is ‘Mindex’ the name for your project?

When I was just a couple of years into production, one of my really weird friends started to really believe in my music.

One time we were hanging out and i think he was high…he spontaneously had an insight and he yelled, “I know I know! Your name will be Mind Explorer!”

After this I’d sign CDs for friends as Mind Explorer, until another friend of mine shortened it to Mindex. I kind of liked it better.

: I read that ‘Eclipsed’ EP was, in some form, inspired by the great solar eclipse that happened last Summer; could you please shed some light on that?

In some form yes. Probably more dedicated to the great eclipse, because all of the tracks were produced before the eclipse, or almost all. It was my first ever experience of this phenomenon, and it happened to be at such a place, surrounded by so many awesome people. Astral Valley and 4321 took place in my heart 🙂

: Can you speak about Neversky? What can we expect for it’s future in terms of music, touring and longevity?

No, i can’t speak of him much because he is a russian spy. It’s a secret but i’ll tell you, i heard he is working on some textural techno beats blended with classical piano chord progressions and spiced with bitter melancholy, that he is going to manipulate bodies and minds with. Sad guy, he never saw the sky 🙂 That’s it for now or i can get in trouble..

: Describe the philosophy behind Time Resonance Music Label. What are you looking for in an artist?

Musicality, unique style and high quality of production. I try to not release much though, working on releases takes away from producing my own music a lot. Waiting for small EPs from 2 artists at the moment. No rush, no deadlines. Taking it easy, but i am excited to share that stuff with the world.

: If we were to look at your wardrobe right now which color would be most prevalent?

: What compelled you to move to the U.S.? Why Austin?

Music scene was the only reason. I had to move on with my music life. Russia is not a place for a music producer unfortunately. Partially answered your next question.

Techno and House took it over. DrumBass scene is pretty strong i would say. But you will not find any cool underground bass music shows at all, or very few. Once a year. Hopefully things will change with time. I would love to go back to visit my family and play a couple of good shows. Sending a thought form into space, Amen.

: What similarities/differences stand out to you the most regarding everyday life in both Russia and the U.S.?

Hmm..in Russia you go outside and see bunch of self defensive masks on people’s faces, more aggression and anger, it is a trace of lot’s of military-political, socio-economic events in the history of the country i assume. Russian people suffered for these domestic and foreign policy reasons a lot in the past and still do. It could be an excuse for a little while, but i wish it was less depressive. People have a lot of love in their hearts there so i believe it will get better and more smiley.

In America people wear a different type of mask. You go outside and see lots of white shiny smiles ( from dentist work their parents still probably paying out for) And very often those smiles don’t mean anything.

Russia and US share approximately the same amount of ignorance, but different kinds. Will not go too deep there.

Average Russian can be harsh to gay people sometimes, you guys know that from TV, but for the most part it comes from the government actually and mostly old school people support that. Younger generation is much more open minded.

And on the other side some US citizens prefer to go way to far in their social justice game. It gets ridiculous.

: What shows/parties/events are on your radar?

Infrasound in a few days, then Lighting of the Moon should be fun. Excited to play Last Sunday in Arkansas for the first time as well.

Thank you so much, Slava!

We will see everyone at Georges for Last Sunday 7/29 w Mindex, Fractal Sky, of faces & Nugstufr – 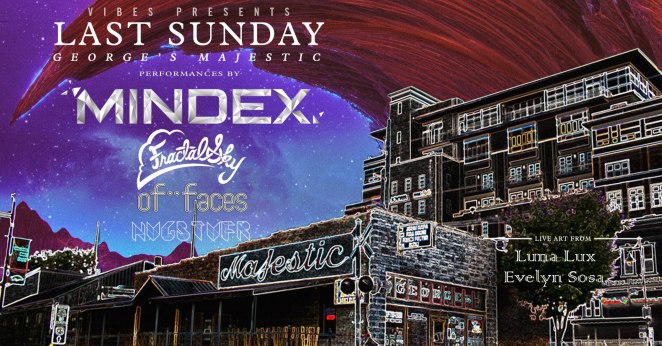 Be sure to check out Mindex’s newest EP, “Eclipsed” below.

For all things Mindex be sure to explore all of the links provided below: